31 January, 2018
Published by Arthur in General

This is an article from LifeHacker which I’ve copied to add some definitions to help with understanding – this site has a useful tooltip glossary/dictionary function (place your mouse over the word “tooltip” and you will see what I mean!) which automatically highlights words from the glossary and gives you a quick definition. 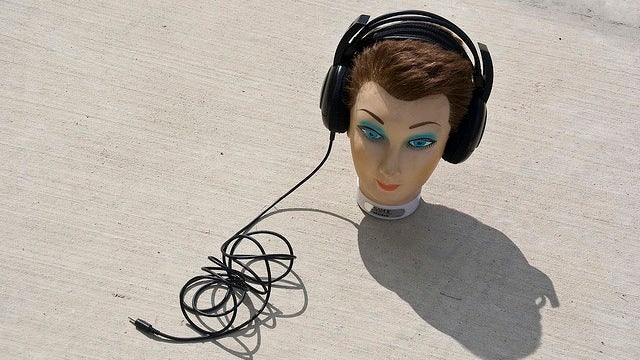 Music can often make or break a day. It can change your mood, amp you up for exercise, and help you recover from injury. But how does it work exactly, and how can you use it to your advantage?

Recently, Congresswoman Gabrielle Giffords used music therapy to help her learn to talk again. The still unproven theory revolves around the idea that music is represented in multiple parts of the brain and therefore accesses deeper pathways between neurons. Music then helps patients connect the stored knowledge of words through songs and helps create the new connections needed for speech. This same idea has been used for stroke victims in the past, and has been referred to as the Kenny Rogers Effect.

You don’t need to have suffer from brain damage to get the benefits though, lets take a look at how music affects the brain in a more casual sense, and how you can use it to enhance your day-to-day.

You might remember reports back in the 1990s that said that studying while listening to Mozart increases the likelihood of performing well on a test, but that has been disproven in some studies, and in turn, studies have shown some music has a negative affect on fact retention if you’re studying numbers or lists. Still, performing music has been proven to increase memory and language skills, but for listeners, it’s better used as a means to recall memories. It has been shown in Alzheimer’s patients to help with memory recall, and even restore cognitive function. It works for Alzheimer’s patients in the same way it works in everyone else.

When you listen to music you know, it stimulates the hippocampus, which handles long-term storage in the brain. Doing so can also bring out relevant memories you made while listening to a particular song. So, even though the Mozart-effect has essentially been disproven, the idea that forming a new memory with music, and then using the same music again later to recall the memory still appears to be a sound idea. If you’re having trouble remembering something, you might have better luck if you play the same music you were listening to when you first made the thought.

The idea that listening to music can boost your immune system might sound a little crazy on the surface, but the science backs it up. Soothing music is known to decrease stress, and when it does that, it decreases the level of the stress hormone cortisol. It’s not just soothing music though, even upbeat dance music is known to increase the level of antibodies in your system. Dr. Ronny Enk, who lead the recent research about music’s effect on the immune system suggests, “We think the pleasant state that can be induced by music leads to special physiological changes which eventually lead to stress reduction or direct immune enhancement.”

Now the cold season has set in, it’s a good idea to keep this in mind throughout the day. If you’re feeling stressed out or if you’re starting to feel ill, listening to music might be the extra help you need to stay well. If you’re having trouble finding something soothing to listen to, our collection of work sounds are a good place to start. If you prefer the upbeat method, any fast and upbeat dance song will do the trick.

As we’ve previously covered, music has a positive effect on exercising. In a recent study, researchers found a positive correlation between fast paced music and exercise. While it’s nothing too surprising, music works to increase exercising strength by distracting attention and pushing the heart and muscles to work at a faster pace. Not much is known about how or why it works, but it’s thought it eases exercise.

The best music to listen to is between 120-140 beats per minute, which also happens to be the standard tempo for upbeat dance music, meaning you’ll be increasing your immune system and helping you exercise at the same time.

Keep Yourself from Choking Under Pressure

We’ve heard before that humming a tune decreases anxiety and the same goes to prevent choking. In a study of basketball players who were prone to failing at the free throw line, researchers found they could improve the player’s percentage if they first listened to catchy, upbeat music. Listening to the Monty Python song, “Always Look on the Bright Side of Life,” caused the basketball players to lose focus and execute their free throws with minimal involvement from the prefrontal cortex.

If you’re prone to getting anxious, worried, or choking in meetings or presentations, throwing on a humorous, light-hearted song before you go in might help distract your brain enough to keep you from failing. The above mentioned “Always Look on the Bright Side of Life,” is a great example, but we’re sure tracks from the likes of Jonathan Coulton, They Might Be Giants, Weird Al Yankovic, or any other comedy focused song will work just as well.

The effect of using music to increase productivity is still inconclusive, even though a few studies were done on the subject. Regardless, it certainly doesn’t hurt, and it seems the best option might be to use music without words so it doesn’t have affect the language parts of your brain. The theory is similar to the exercise one above, faster music might keep you and your brain working hard.

That said, if you have a monotonous job, music is a great way to increase your mood while performing boring work. For the same reasoning it helps with exercising, it can also help with fighting fatigue, especially if you change up the music often. Studies have also shown that almost all music increases your mood, because it causes a release of dopamine, so if you’re feeling tired, bored, or depressed, a good pop song might be the cure you need.

Music is a motivator and a great means to keep yourself in your good mood, and while a number of the effects are still unproven, listening to music certainly doesn’t hurt. Do you have a particular song that always puts you in a good or productive mood?

tags: brain, health, music
«Holy Week Diary
How to write a story for First for Schools»
I call this the "bible" of grammar. It will serve you for life and is very well laid out and good for both self-study and to accompany a class. This is the Intermediate book (covering up to upper-intermediate, or First Certificate) but unless you are going for the Proficiency exam, it is still a very useful book. As I always say, if you know everything that's in here you're doing very well!